We are very grateful for the financial support we have received from so many kind and generous donors once again this year, with particular thanks to the Most Reverend Frederick Q. Lawson for support above and beyond as MCS celebrates a significant milestone of 25 years!

Support from our community makes the work of the Choir School possible, bringing joy and beauty to students, congregations and audiences at this time and throughout the year.

The Madeleine Choir School is grateful to have the opportunity each year to provide FREE passes to all concerts and performances to the general public.  Thank You!

The Madeleine Choir School offers early access to passes to donors at varied levels for select concerts and performances, including our perennially sold out Christmas Carol Services.
Passes will be made available the general public on the dates noted on our list of concerts and performances below.  Details on "early access" to these performances may be viewed by clicking on the 'DONATE TODAY' button.
Concerts, performances and services that do not require passes are noted as such and seating for these events is first come, first served.
Please review our "ASK TO MASK & VACCINATE TO CONGREGATE" safety precautions at the bottom of this page before requesting passes or attending our concerts and services. Thank you! 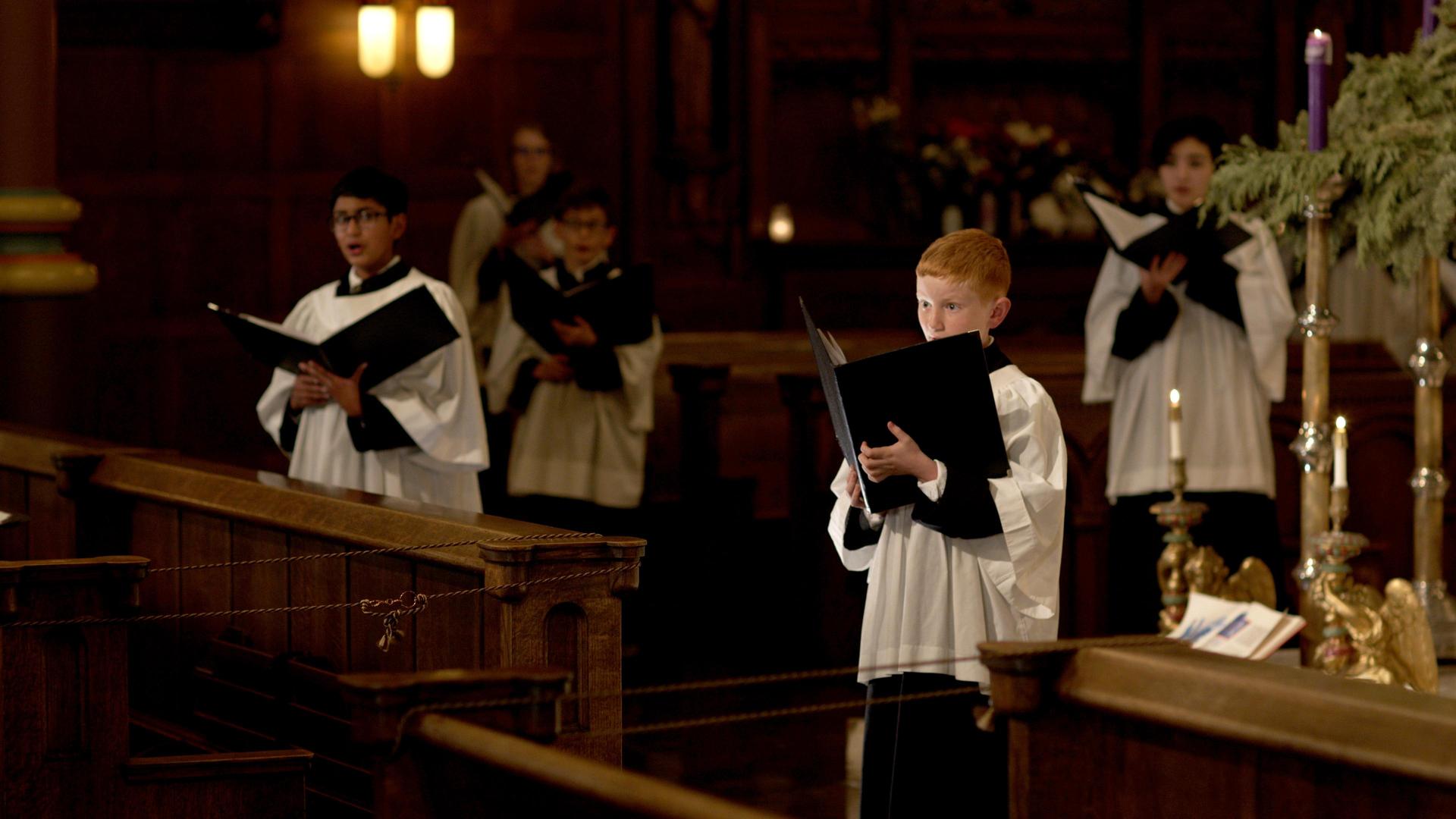 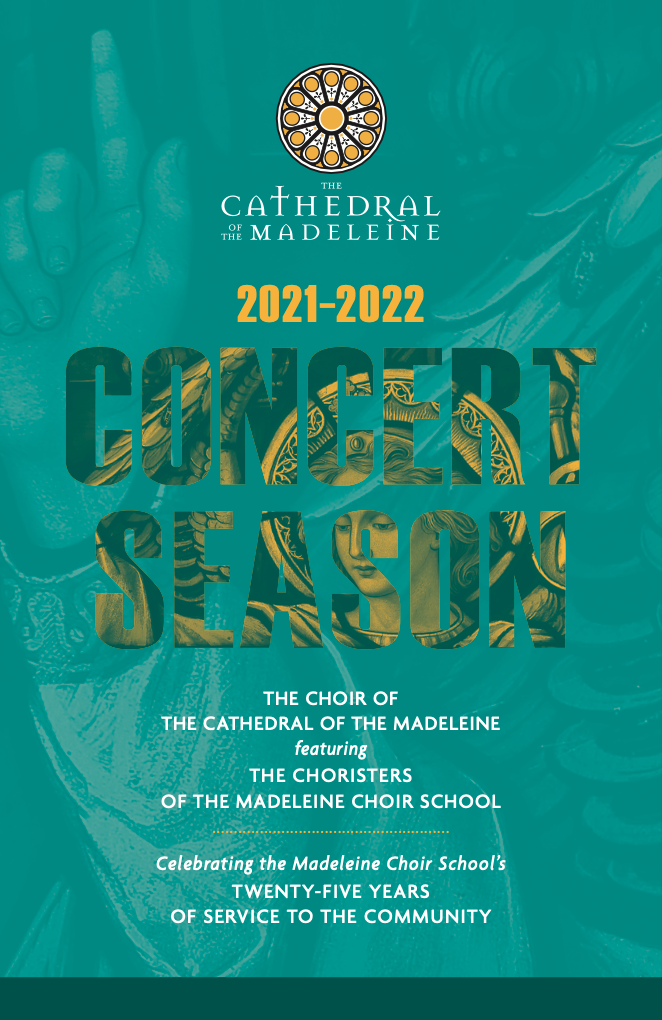 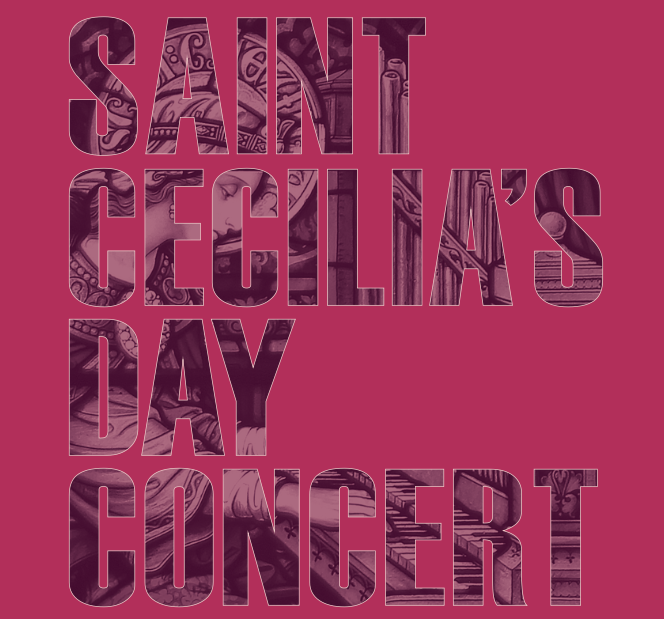 Gabriel Faure’s sublime Requiem was premiered in Paris’s neo-classical Church of the Madeleine in 1888. Faure became the choirmaster there in the spring of 1877. At the Madeleine he prepared and conducted daily services with a small choir of 20 - 30 men and boys that served in this fashionable neo-classic church. He began work on his opus 48 Requiem in 1887, although the work developed and grew over the course of the next 13 years. The death of his father in 1885 and the death of his mother in 1887 may have given the impetus for the composition. Faure’s Requiem was performed on the first concert presented by the Madeleine Choir School in November of 1996.

The Te Deum is a venerable hymn text sung on festive occasions in the church year. Anton Bruckner’s setting, which we offer as part of our twenty-fifth anniversary celebration, has been described as an ‘ecstatic exclamation mark.’ Its powerful brass choruses and rousing choral score were described by Bruckner as “the pride of his life.” Our anniversary performance features alumni vocalists and conductor

View the recording of the St. Cecilia's Day Concert on YouTube here.

The Cathedral Choir offers three different opportunities to participate in what has become an important holiday tradition in Salt Lake City for many people: the annual Christmas Carol Service at the Cathedral of the Madeleine. The Christmas Carol Service features music of the Advent and Christmas seasons, including plainchant, choral works and traditional carols, all in the inspiring setting of the Cathedral Church. Beginning each year with the solo child voice intoning the traditional Latin chant Rorate caeli from the Prophet Isaiah–Drop down dew, you heavens, from above, and let the clouds rain the just one-the Carol Service is a thoughtful way to contemplate and celebrate the wonder of this season.

Britten's A Ceremony of Carols is a masterpiece composed on board ship during a perilous five-week crossing of the North Atlantic in World War II as Britten returned to England from the U.S.A. in 1942. It is an unusual setting for treble voices and harp, and the “carols” are largely the product of 15th and 16th century writers, mostly anonymous. The work opens and closes with the choir processing to plainsong, the Hodie chant sung for centuries at Vespers on Christmas Eve, and the carol settings in-between deal with the traditional stories surrounding the birth of Christ. 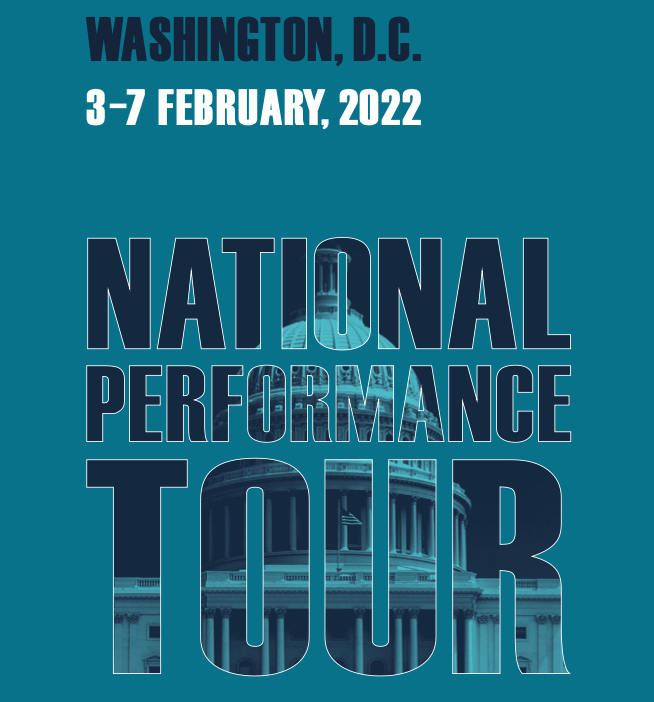 The Cathedral Choir will travel to Washington, D. C., where they will perform in services and concerts at St. Peter’s Church on Capitol Hill, St. Matthew’s Cathedral, and The Basilica of the National Shrine of the Immaculate Conception, on the campus of The Catholic University of America. For one of the concert performances, the Choir will join forces with Washington, D. C. musicians in a memorial concert for Dr. Leo Nestor, who served as Director of Music at the Basilica for many years, composer in residence here at the Madeleine in 2008, and died in September of 2019. 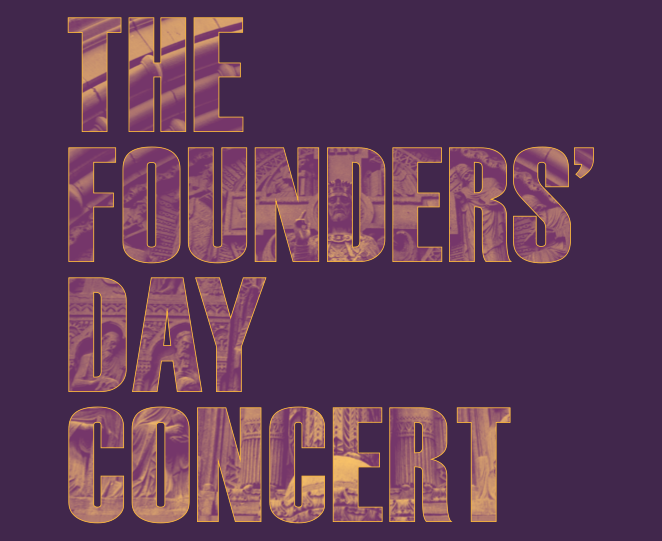 Johann Sebastian Bach’s motet for double choir, Komm, Jesu, Komm BWV 229, dates from between 1723 and 1734.  It is based on two stanzas of a funeral hymn originally written by Paul Thymich of Leipzig on the occasion of the death of a rector of St. Thomas’s School. The repeated calling "Komm" at the opening, in many measures and voices, communicates ardently the plea common to all humanity when facing grief or tragedy.  Bach’s very joyful Cantata No. 147 invites listeners to offer “heart and mouth and deed and living as witness to Christ.”  The Cantata, slated for use on the Feast of the Visitation, was composed in 1723, the first year of Bach’s long tenure as the Thomaskantor in Leipzig. As part of our anniversary celebration, this concert will also feature the premiere performance of commissioned works by alumni composers Jessica French and Nicolas Chuaqui. 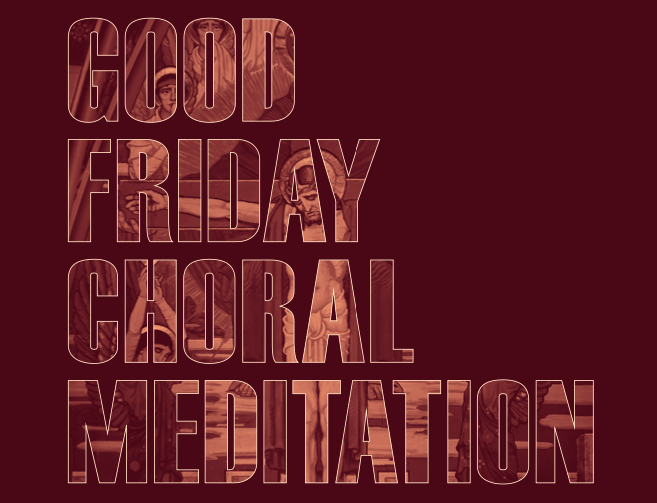 Every year on Good Friday the Choristers of the Cathedral Choir offer a performance of the Stabat Mater by Giovanni Battista Pergolesi, as a choral meditation upon the suffering and death of Jesus Christ. The inspired and trenchant composition, set for two treble voices and strings, consists of twelve short works, half of which are sung by the entire choir while the remaining are performed as solos and duets. The Stabat Mater was composed by Pergolesi at the end of his short life at a Franciscan monastery in Pozzuoli and it was written as a replacement for the Scarlatti setting in use at the church of Maria dei Sette Dolori in Naples. 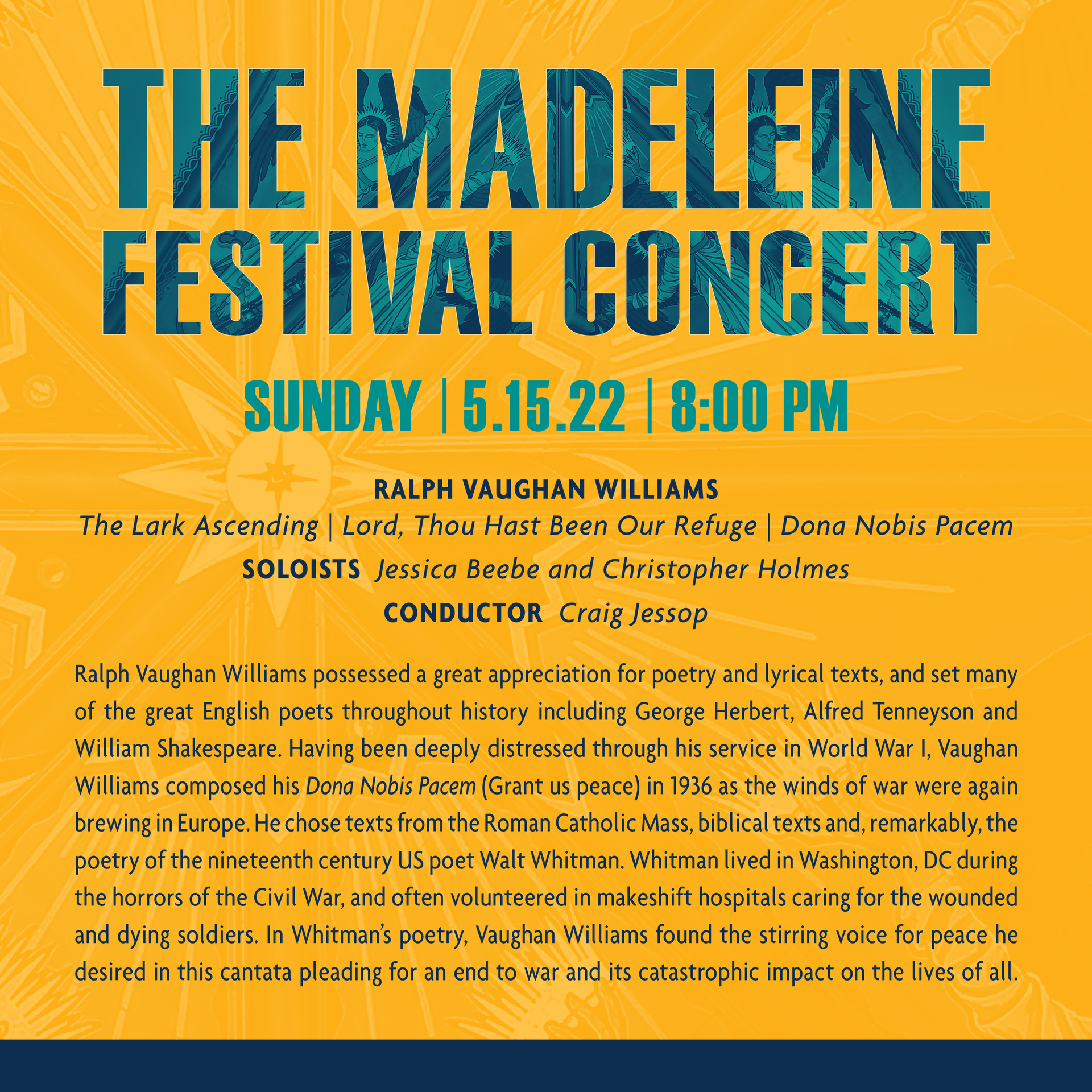 All of the concert programs are subject to change due to the unpredictable impact of the Covid-19 virus.  We will respond to circumstances with utmost care for the safety of our choristers, musicians and audience.

Updates and details will be also made via email and our social media accounts prior to each concert or performance.

Please follow us on Facebook or Instagram by clicking on the appropriate icons at the top of this page.  You may also email your name, mailing address, email address and phone number to [email protected] to be added to our email announcement list. 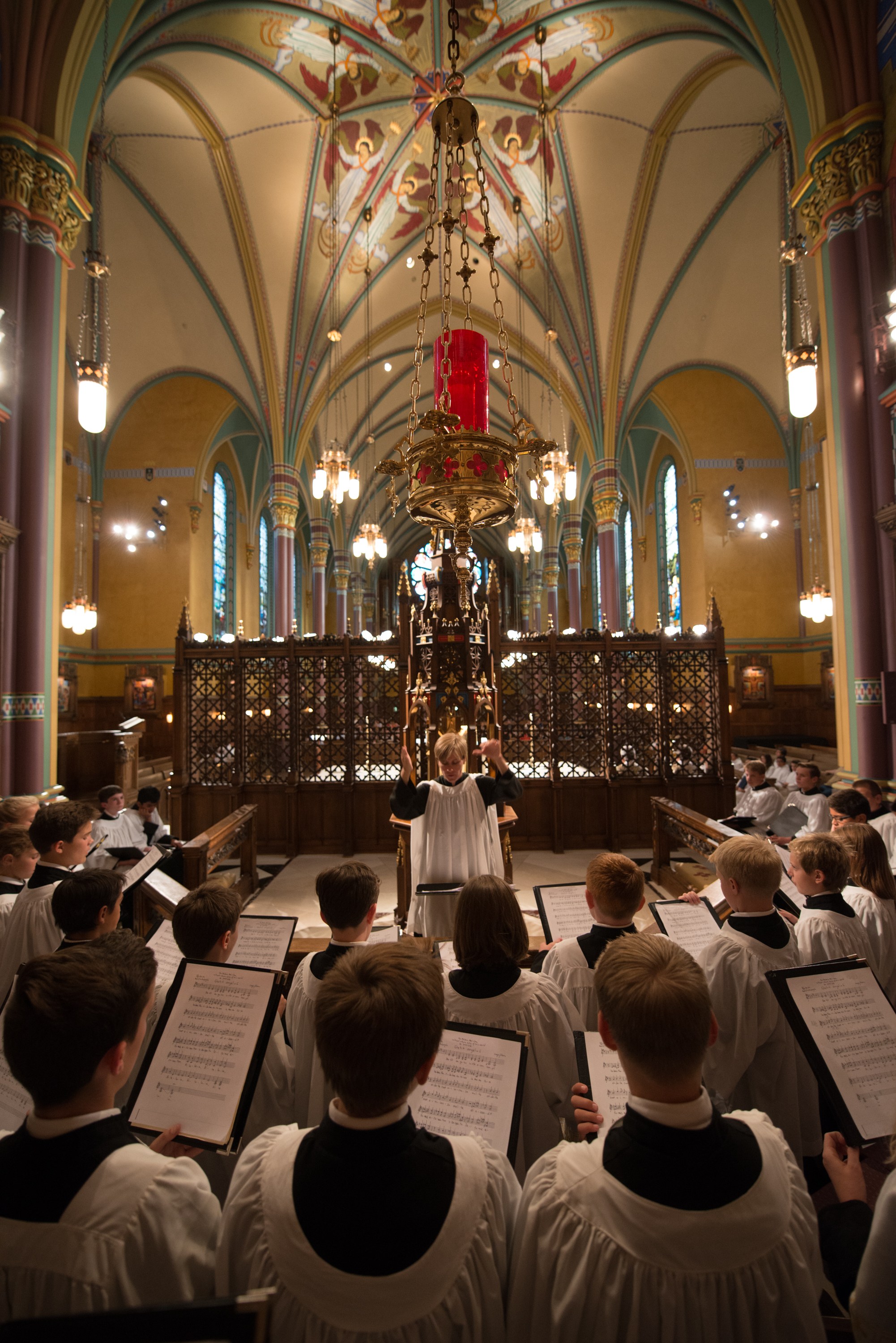 All performances by The Choir of the Cathedral of the Madeleine have been and will continue to be FREE and open to the public.  Remote viewing of our concerts and performances are available through the Cathedral of the Madeleine's YouTube channel. Click here to access.
Reserved seating at our concerts and services can be accessed by making a minimum level donation to The Madeleine Choir School. Donation options can be viewed by clicking here and then clicking the GIVE TODAY box in the Friends Annual Appeal section.
Thank you kindly for your generous support of music and art in our community!
***  Please review summaries of each giving level for details.  ***
Streaming Mass and other streamed performances at the Cathedral of the Madeleine may be accessed by clicking here.
Thank you to our major concert sponsors!  We are very grateful to have the support of these organizations.  Please consider making a contribution to our efforts. Every dollar helps us to further our mission of service to the young people entrusted to our care and to continue offering our annual concert series to the community at large.
Click the following link to give today!
https://forms.donorsnap.com/form?id=49840ef6-b0e9-4a8c-9e52-f7b2b2f3d6b3